Tragicom Studios provides story development, film production services and consulting for a broad range of clients. Above all else, Tragicom understands that whether a project is corporate or purely artistic in nature, the story reigns supreme. With years of experience and skill in both the pre- and post-production pipelines, Tragicom will help you capture the essence of your story and convey it to your audience without overwhelming your personal vision. 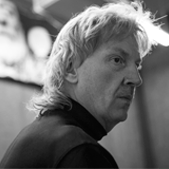 Musician, electrical engineer, and filmmaker Boswell founded Austin based Tragicom Studios in January 2013. Prior to launching Tragicom, he spent 17 years at semiconductor giant Advanced Micro Devices (AMD), where he founded the Digital Media and Entertainment team in 2001. As director of the DM&E team Boswell was afforded the opportunity to collaborate with some of the top creative technology pipelines in the world including those of directors George Lucas and Robert Rodriguez. AMD's introduction of their vanguard 64-bit computing in both client and server roles benefited greatly from the entertainment market engagements resulting in global brand attachments like Lucasfilm Ltd. and Star Wars. He is the inventor of AMD Live!, which was one of the longest running and most successful global branding campaigns in the history of AMD. Boswell approaches the creative process with a watchful eye toward technology as he seeks to balance the sanctity of human creativity with production power. In addition, Boswell holds 11 software patents in signal processing and one in fault tolerant computing. His engineering experience includes both the private and military sectors with hardware and software design for projects ranging from process control to military counter measures, including work on the Space Shuttle program for NASA. Boswell's current technology focus is employing technologies and lowering operating expense in data centers with advanced GPU accelerated codecs for new streaming media devices and cloud distribution. 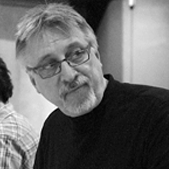 Six-time Grammy winner, Frank Filipetti is a music producer, engineer and mixer who was born in Bristol, Connecticut. He was one of the first engineers to embrace digital mixing. His early credits include his first number one album, Foreigner's "Agent Provocateur" which included the single "I Want to Know What Love Is"; Foreigner's "Inside Information" which he also co-produced; KISS's album, "Lick It Up"; Carly Simon's "Coming Around Again", The Bangles' "Eternal Flame", Courtney Love's "Celebrity Skin", and Rod Stewart's "The Great American Songbook" Volumes 1 and 2. Filipetti has also produced and/or recorded and mixed albums for KoRn, Barbra Streisand, George Michael, David Sanborn, Luciano Pavarotti, 10,000 Maniacs, Ted Nugent, Al Dimeola, Dolly Parton, Frank Zappa, Ray Charles, Billy Joel, Andrea Bocelli, and James Taylor, whose elegant Hourglass earned him two Grammy Awards in 1998 for Best Engineered Album and (as producer) Best Pop Album.

An early proponent of surround sound, Filipetti has numerous 5.1/DVD projects under his belt, including Billy Joel's "The Stranger" and "52nd Street"; Carly Simon's "No Secrets"; Meatloaf's "Bat Out Of Hell", and Five For Fighting's "America Town". He also engineered and mixed the first commercially available 5.1 DVD, Dave Grusin's "West Side Story", as well as Dave's "An Evening with Dave Grusin" which was honored in 2012 with a Grammy nomination for Best Surround Mix. He's been active on the road as well, recording and/or mixing numerous live albums including the Pavarotti and Friends series; James Taylor's "Live at the Beacon"; Carly Simon's "Live From Grand Central", and the HBO Special "My Romance"; Elton John's "One Night Only", "Dream Ticket" boxed set, and "The Red Piano - Live From Caesar's Palace"; Ted Nugent's "Motor City Mayhem"; and most recently, "Billy Joel Live at Shea", and "Billy Joel Live From Russia". He also has recorded and/or mixed sessions for VH-1 Storytellers, A&E Live By Request, and PBS Sessions at 54th Street. In short, he has established himself as one of a handful of engineer/producers with expertise in almost all forms and styles of music.

Frank has made his mark on Broadway, recording and mixing original cast albums for "A Funny Thing Happened on the Way to the Forum"; "The Color Purple"; "9 to 5"; and, "Priscilla, Queen of the Desert"; Grammy-winners "Passion", "Annie Get Your Gun", "Spamalot", and "Wicked"; as well as producing cast albums for "Aida", "Newsies", and "Motown - The Musical." In 2011 he won his sixth Grammy for his work on the smash Broadway musical "The Book of Mormon", written by Trey Parker and Matt Stone of South Park fame. That year also saw him recording and mixing the "PBS Great Performances" special "Andrea Bocelli in Central Park" with the New York Philharmonic Orchestra. And this year saw the release of Steve Martin and Edie Brickell's acclaimed "Love Will Come To You" which he recorded at his home studio in West Nyack.

His work in film includes the soundtracks for Mike Nichols' "Working Girl", and "Postcards From the Edge"; "The Pirates of Penzance" with Linda Ronstadt and Kevin Kline; Julie Taymor's "Across the Universe"; Disney's "Enchanted"; Pixar's "Cars", and "August Rush".

2013 has seen Frank mixing the number one album in Mexico by Alejandro Fernandez; mixing Will Lee's critically acclaimed album "Love, Gratitude and other Distractions"; Producing, recording, and mixing "Motown - The Musical"; and on October 23rd recording the monumental orchestral suite by Frank Zappa, "200 Motels." The production was performed live at Walt Disney Concert Hall, under the baton of Essa-Pekka Salonen, with the LA Philharmonic Orchestra, the Los Angeles Master Chorale, and a rock band including original members of the Mothers of Invention. He is currently working on the mix to be released in 2014.

In addition to his recording and producing talents, Frank has been busy since the early 1980's designing the acoustics for all three Right Track rooms in NY, and in 1999 Frank joined with Simon Andrews to design and build New York City's premier orchestral recording studio. The result, Studio A509, was one of the most highly praised sonic achievements in a city known for incredible studios. 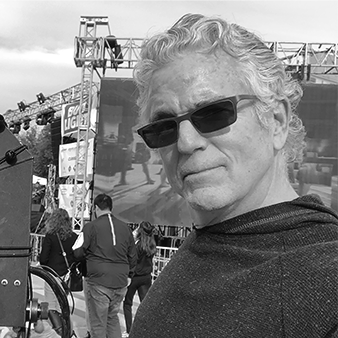 Vance Holmes is an Emmy-nominated cinematographer with over 25 years of experience in the television industry. Vance delivers the directors visual language with an acute understanding of lighting and camera techniques. He has worked alongside directors such as Robert Rodriguez, Quentin Tarantino, Terrence Malick, and Richard Linklater. Throughout his career he worked on documentaries, feature films, network series, and commercials aired on numerous networks including National Geographic, Discovery Channel, Animal Planet, HBO, Showtime, ABC, CBS, and NBC. His extensive work domestic and abroad with various formats and mediums have earned him numerous Telly and Addy awards.